UNION Savings BANK has a rich history that dates back to 1883.  We are one of the oldest financial institutions serving the Northern Illinois area.

The bank was originally organized as Union Loan and Building Association on June 9, 1883. Lalon Farwell was the first president, and John Henney, President of Henney Buggy Company, was the vice president. The first location for the main office was opposite the courthouse in what was then known as Maynardss Block in Freeport, Illinois.  An interesting fact about the association was that four times a year, they issued shares of stock for $100 each.  This was considered a large sum of money, so payment plans were offered to small investors with a monthly payment of just $0.25!  Union Loan and Building Association continued on a steady growth pattern and eventually changed the bank name to our current name of UNION Savings BANK. Through the years, the bank has expanded to five branches located in Rockford, Belvidere, and Mount Morris.

Here are some pictures from our past. 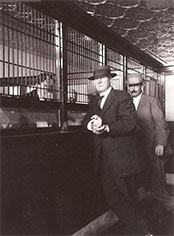 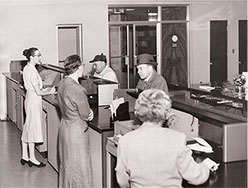